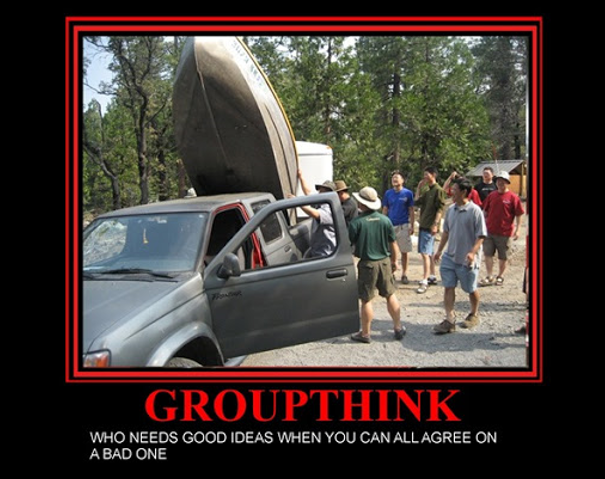 Most of the world greatest investors such as Phillip Fisher, Warren Buffett, and Peter Lynch have stressed the importance of thinking independently and recommended investors to take a solitude path of their own.

For example, Peter Lynch, ex-fund manager of Magellan Fund, once said “If no great book or symphony was ever written by committee, no great portfolio has ever been selected by one, either”. Hmm, is there any good reason to work as a group then?

Evidence suggests that with the right structures and culture in place, group and team decision-making can be far better than that of even the wisest and most expert individual.

Case in point, Psychologist Tetlock and Gardner (2015) compared how teams performed in forecasting tournaments in comparison to individuals. The teams which got some training in teamwork where on average 23% more accurate than individuals.  This means there is a lot to gain by getting it right.

It is not working as a group that becomes a problem, groupthink is. As human beings, we have desire to live in harmony. This preference however tends to cause irrational decisions when we work in a group. We tend to compromise decision outcomes for the sake of peace.

The danger of groupthink lures in any organisation. While groupthink is an international phenomenon, we feel we are especially vulnerable to this given many of our team members are from Indonesia.

The Indonesian culture is very conducive to groupthink as relationships, harmony, and hierarchy play a large role in Indonesian business culture.

For example, subordinates may feel uncomfortable to speak up and bring bad news or true information. In such culture, when leadership claims that the sky is green, his subordinates may concur. This obviously limits the potential to improve investment decisions by aggregating many views.

We try to mitigate this by hiring analysts who dare to speak up, but this does not solve the problem entirely. We are still exploring how we can best improve on this. However, we have several potential solutions as explained below.

So, what steps can we take to “de-bias” our (investment) team’s decision-making? Psychologists Cass R. Sunstein and Reid Hastie (2014) propose various ways to make “dumb groups smarter”.  Here are some of them:

Silence the leader – When leaders refrain from expressing their views at the outset, team members are less inclined to self-censor contradicting views and information.

Appoint a devil’s advocate or a “red team” – ask some group members to defend a position that is contrary to the group’s inclination (the devil’s advocate) to discipline and strengthen collective reasoning.

Or take it to the next level by creating a red team whose job is to construct the strongest possible case against a proposal or a plan. Such team should sincerely try to find mistakes and exploit vulnerabilities and be given clear incentives to do so.

The Delphi method – This approach involves several rounds of unanimous estimates (or votes) followed by group discussions until the participants converge on an estimate. The anonymity insulates group members from reputational pressures and thus reduces the problem of self-silencing.

Two other ways we came across were promoted by Psychologist Gary Klein and fund manager Ray Dalio:

Premortem – Psychologist Gary Klein proposes to conduct a premortem. This is an exercise in which team members purposefully imagine that the project they are planning just failed and then generate plausible reasons of its demise. The very structure of a premortem makes it safe for team members to identify problems.

Weighted decision making – Ray Dalio shows in his book Principles that he goes to great lengths to prevent Groupthink. He believes that thoughtful disagreement by independent thinkers can be converted into believability-weighted decision-making that is better than the sum of its parts. For this purpose, they use an app in meetings that provides a polling interface and a back-end system of believability weighting. This allows the team to make decisions based on voting results – both on equal-weighted and believability-weighted scores.

Combining the best of us in the group

Groupthink handicaps any group’s decision-making process and outcome. Therefore, acknowledging it is our first step to improve our group performance. We could significantly take our organisation’s performance to the next level just by avoiding its pitfalls. Creating a conducive environment that encourages thoughtful and respectful discussion may unleash critical thinking and spurs the best of us in the group.

After all, what is the point of a discussion if there is only one man allowed to speak?

”If everybody is thinking alike then somebody isn’t thinking” – George S. Patton Jr.