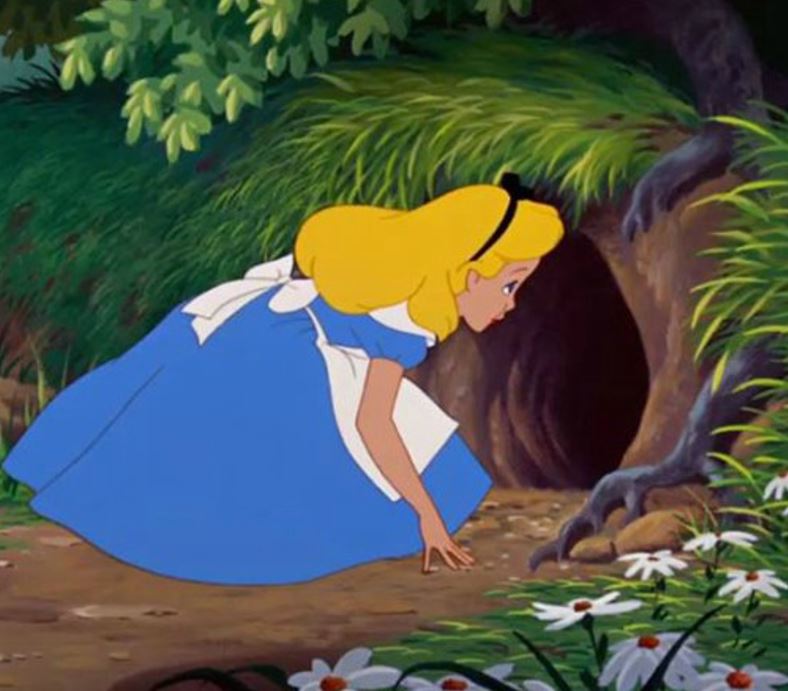 “When I used to read fairy tales, I fancied that kind of thing never happened, and now here I am in the middle of one!” – Alice in Lewis Carroll’s Alice’s Adventure in Wonderland (1865)

In the 1Q21, we published a quarterly report titled “Into the Rabbit Hole”. We provided our view on the investment landscape in the next wave of technology revolution, Web 3.0. Many investors seek guidance as the next landscape will be unknown, unknowable, and unique. Due to these traits, investing in the Web 3.0 today possesses a high risk and a potentially life-changing return condition.

In web 3.0, blockchain, peer-to-peer network, and the spatial web becomes the key characteristic with other technology revolving around the 3Ds (digitalisation, decentralisation, and democratisation) of the internet. This force of changes is reversing what the web 2.0 and the 3Cs (connectivity, content, and commerce) has brought, inequality and abusive monopolistic power.

The rising blockchain adoption, NFTs valuation, and the attention from regulators on the previous two subjects might be a signal of how disruptive they could be.

This time, we feature our team member’s blog, Simon Chan, who is not only an expert in tech but also very passionate about blockchain.  Here is his take on the Web 3.0 and the 3D Economy:

Some people see that Web 3.0 is still far away and virtual. This is particularly the case in topics about blockchain and crypto. This impression comes from the fact that the focus has so far been more on the technology rather than its economic constructs.

In other words, most people don’t care about which technology is being adopted as long as they are dealing with a counterparty or a middleman that they trust.  So, it is now time to redefine the counterparties that did not exist with new definitions.

In this issue, I will discuss such possibility, knowing that there may be inconsistencies or conflicts with what we know and believe today.

Under Web 3.0, the basic unit of all transactions will be a token. It is an indisputable record (or rather the state of a record) enabled by a distributed ledger technology (such as blockchain). Ultimately, the central place of all record keeping will be a personalised wallet. All really means ‘all’. For now, you can think about it as ID, Money, and Trust (Credentials).

As transactions are made on a: (1) permissionless (to participate in a blockchain); (2) trusted (with all records showing consistent states such as ownership), and (3) peer-to-peer (including robots) basis; banking and finance will carry new meaning.

Basically, what it means is that financial transactions can be carried out between two wallets. Financial needs remain as they are (i.e. borrow and lend money, borrow and lend time, borrow and lend trust, etc.) and may continue to exist in various disguised forms (e.g. saving plans, investment funds) currently offered by hundreds of thousands of financial institutions or intermediaries.

Going forward, all such needs will be fulfilled by two smart wallets negotiating with each other and complete a transaction in no time. Wallets are smart because they can be instructed and trained but yet they shall verify automatically before asking you to proceed and such verification is genuine and indisputable.

You can already see that such a possibility shall mean that the financial economy is powered by wallets rather than banks. In other words, what you need are wallets, not banks. And wallets are not owned by anyone, with no single point of failure.

People may be confused by the digital wallets that many banks are offering as part of the digital banking business. They are still owned by the banks and are limited to their services. Those are NOT the universal wallet I am discussing here.

Crypto likes to talk about DeFi, meaning finance being decentralised, and this has a similar meaning of wallets replacing banks as real economic constructs. Finance is just one of the applications of tokens in Web 3.0 and the 3D (digitalisation, decentralisation, and democratisation) economy. It may also be referred as the token economy.

MMO stands for massive multiplayer online. It is usually used to describe internet games such as MMORPG (RPG stands for role-playing game). They got so popular that professional teams are sponsored by nations and corporates to compete in international tournaments.

NFT (non-fungible token) is a new breed in crypto that can be referred to as private tokens which can only be transacted through auctions. Internet games, be they RPG or Fantasy Sports (players play as a manager managing virtual sports team composed of real players such as EPL, NBA, etc.) which involves MMO are most suited to be redefined using NFT.

To excel in any game, players have to either spend time, money, or cheat. There are professional gamers who earn their living by playing other players’ games (power level up and can be considered a form of cheating). Game companies are very good at selling to players gears, skins, or even landscapes so that they feel more powerful and satisfied within their gaming community (that also mingled with the real-life community sometimes).

Stealing, cheating, and starting over are among some of the biggest pain points for gamers.

NFT, which sits on a blockchain, has the same security as other tokens. And when applied to games, it brings with it portability (of accumulated property of time and money spent genuinely) even though a game company may no longer operate the game. It is a perfect solution to gamers’ pain points.

3D perfectly applies to NFT games. The best way to answers gamers’ feedback is to democratise the application of rules setting without cheating. NFT gives players another layer of commitment and addition to the games. This should be big, really big.

Web 2.0 gave us on-line business as opposed to off-line business. E-commerce was born. The technology angle is electronic, and in order to be electronically (and electromagnetically) transmitted, things have to be digitised, securely stored, and seamlessly transmitted on the Internet (and many technologies and standards that enable it).

Now that almost anything can have a digital twin on the Internet, it has created the problem of digital abundance that make the internet not trustworthy and the heavy reliance on trusted parties, regulators as well as brands (those which you feel comfortable to trust their single sign-on solutions to replace hundreds of login’s). Convenience still trumps security, a trade-off that most people make under digital abundance.

Social media may make the situation even worse as it adds to the problem with an identity crisis. Web 3.0 may give us an alternative to live in digital abundance by introducing mathematical trust (for ID and Money) layered with human trust (provider of some Credentials) that will provide us with a business model that has a very high standard of security (no single point of failure), privacy (ID reveals no unnecessary information about the owner), as well as default opt-out ability (permissionless to join and leave the chain) and full transaction record in a personal smart wallet.

All of these require a web of ‘chains’ that can ‘talk’ to each other. This is perhaps the biggest infrastructure to be built.

Each token represents a real-life function and only those that are in demand will continue to exist. But the ledgers should always exist and the web of ledgers is the infrastructure that must be built to enable on-chain business. It requires further built out of the internet, massive digital twins adoption using IoT, globally acceptable governance protocols (chains) to reduce (legal) cross border fictions, and lots of education such as this series of Web 3.0 and 3D Economy. On-Chain business will be huge.

I believe that smart wallet, NFT games, and On-Chain infrastructure will be the three key areas where investment opportunities are attractive, IMHO.