Tech entrepreneurship has led to a winner-takes-it-all game, centralising wealth and power 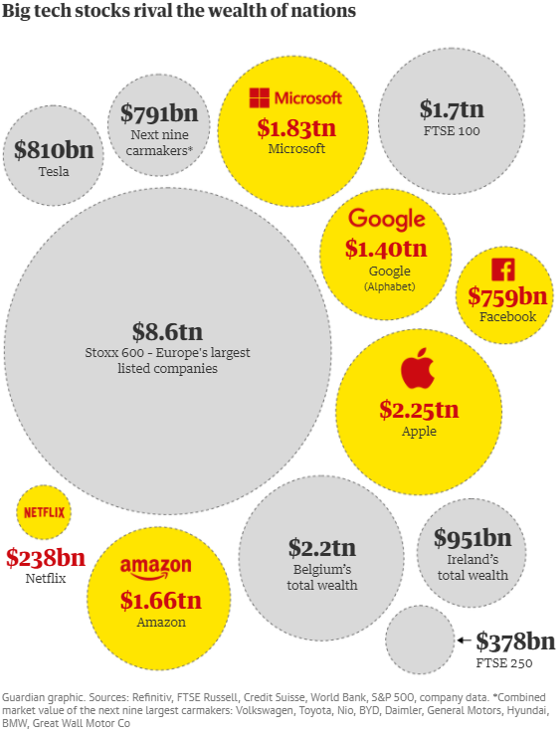 Big Tech is wealthier than many nations
Source: Guardian

The digitalisation of the 3Cs: Communication, Content, and Commerce has been the dominating force shaping the new ecosystem (new economy) for the last two decades and has also led to a concentration of power and wealth. This centralisation trend has led to an oligopolistic market with distant market leadership. Most market share will be owned by the leader with a significant gap to even the 2nd biggest player. Tech entrepreneurship trends have led to winner-takes-all game.

Case in point: According to eMarketer (2020), Amazon’s market share in the U.S. e-commerce retail sales was 38.7%, followed by Walmart at 5.3%. The four biggest players combined control 52.4% of the whole market.

The winners are getting stronger every day by gaining access to more data, enjoying network effects, and accessing financial resources through their generous market valuation. The tech leaders also enjoy exceptional free cash flows, adding to their moats. 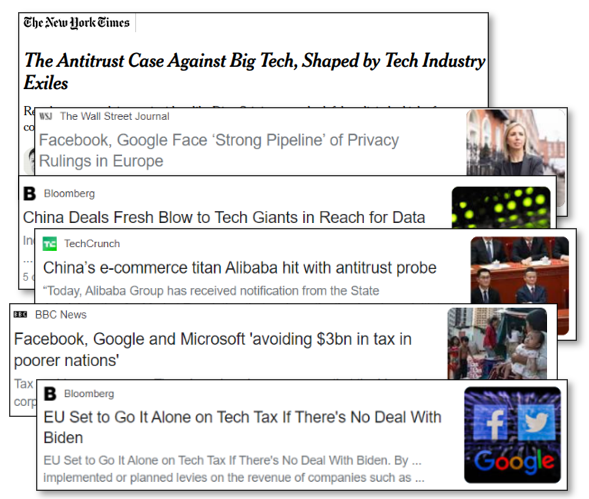 Storms are brewing over tech companies

Abundant access to data, financial resources, and the ability to manipulate public opinion have instilled fear that tech firms would soon be more powerful than governments. Consequently, governments and ex-tech insiders have started to fight the Big Tech.

The three biggest issues that are being addressed are:

1.Anti-trust: More power and market share accumulated by the winners leave no room for other competitors.

2.Data privacy: Data tapping is everywhere and monetised for profit.

In addition of legal moves by governments and ex-tech insiders, the new tech forefronts have decentralisation attributes embedded to their framework, which is a solution of today’s problem.

In a centralised system, users depend on an authority to give a ‘blessing’ for transactions. This authority is almighty to dictate behaviour, set rules and regulations, and monitor our actions. Blockchain and edge computing emerge as enabling technologies who act as the foundation of a decentralised system.

Blockchain technology is an enabler of permissionless transactions by using a distributed ledger system where everyone in the network shares the database simultaneously. The data being shared through the network is represented by a ‘token’. Its core value proposition consists of user privacy, reliable records, and frictionless low-cost transactions.

Meanwhile, edge computing provides decentralised data processing by computing near the users. Its core value proposition are composed of: 1.) User’s absolute consent of data – Only relevant data need to be shared with the central network and  2) Faster computing – Lower latency due to closer proximity to the user instead of relying to a centralised system.

The wide adoption of blockchain technology and edge computing could imply that the Big Tech would be fed less data. Certain AI-optimized and machine learning programs could be adversely impacted by such trend.

With accelerating digitalisation and the rising prominence of decentralised network technology, decentralisation and democratisation will be the next forefront of tech for the coming decades 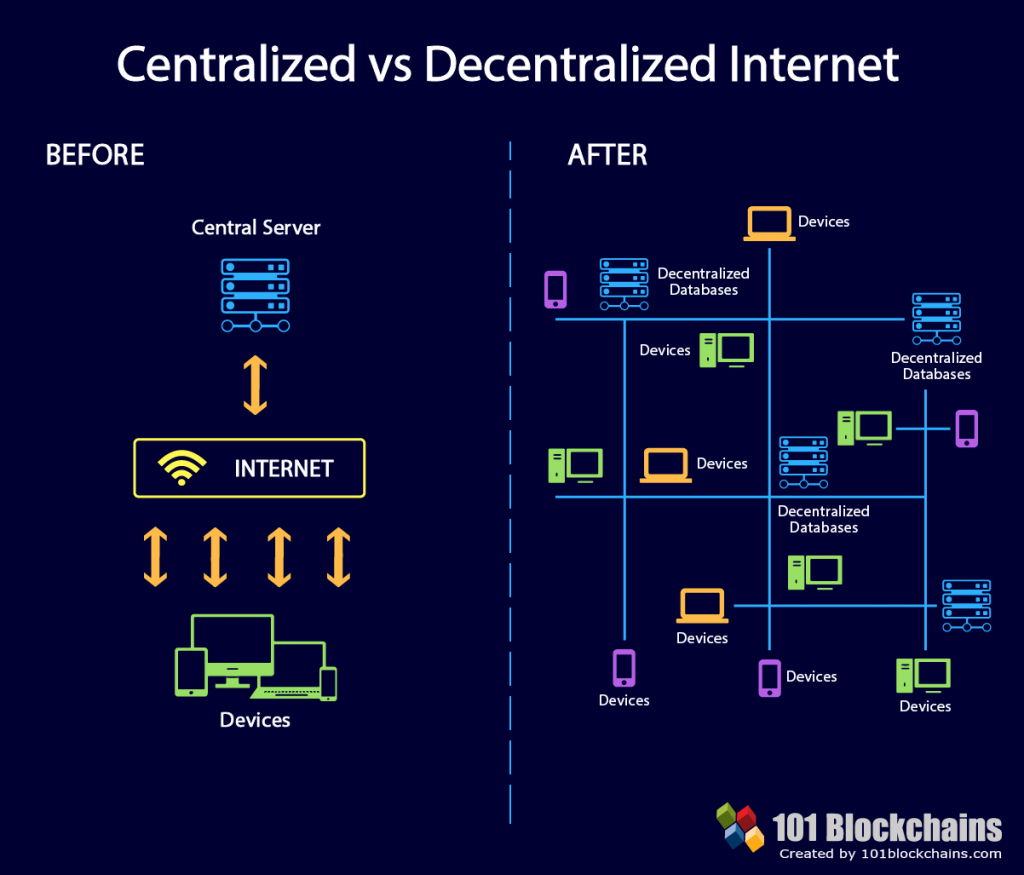 The rising efforts to curtail Big Tech’s power and the increasing prominence of decentralised network technology could reverse the centralisation trend. Therefore, we believe that in the upcoming decades, the innovation trends will shift from the digitalisation of the 3Cs towards the 3Ds. The 3Ds can be shortly explained as follows:

1.Digitalisation acceleration due to COVID-19 will be the background in the new normal.

Investors should be more agile and have an open mindset

The era of high-velocity creative destruction provides opportunities and threats to investor’s wealth. In order to be able to grasp the emerging opportunities and avoid the vicissitudes (i.e- taking the wrong side in the game), today’s investors are required to be more open-minded and be on one’s guard. A life-changing investment opportunity might arise by surfing the tide of future winners since its early days.