As the saying goes, time is money, inventors of play-to-earn games and esports have certainly taken note of it. One may consider that these two sectors in the gaming industry are the same in the way which both provide an opportunity for gamers to monetize their time spent on playing video games. This has led our analyst to study how the rise of play-to-earn games may potentially change the esports scene. And how may their convergence fit into the gaming industry?

Play-to-earn – GameFi – is the combination of video games and blockchain where players can earn cryptocurrencies and NFT by spending time in the games. The additional feature of being able to transfer values created from online games to the real-world is the key component that makes play-to-earn games differ from conventional games.

Play-to-earn has come exploded in 2021 with the growth of Axie Infinity, a metaverse game developed by Vietnam-based Sky Mavis that, that comes with its in-game token called Smooth Love Potion (SLP). And the play-to-earn phenomenon took off in the Philippines when Covid-19 destroyed jobs and forced many to stay at home. According to several news platform, Axie infinity gamers in the Philippines could earn USD 5 to 20 on daily basis during summer 2021 – comparable or even better than the country’s minimum wage of USD 10.5 per day. Not only does the play-to-earn model presents a new and flexible income stream, it also represents the beginning of shift in the socioeconomic paradigm. 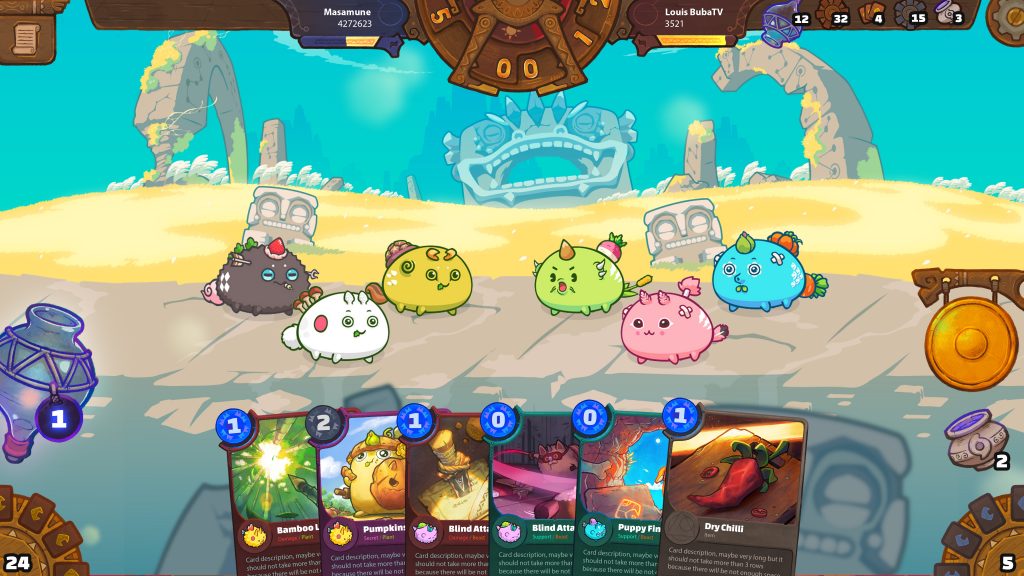 Esports, rose in popularity in the 21st century, has turned games from a casual hobby to a professional sport. And it has been taking the world by storm in recent years with impressive audience numbers. Insider Intelligence forecasts that there will be 29.6 million monthly esports views in 2022. The 2021 League of Legends World Championship grand final accrued an audience of over 73 million peak viewers, an increase of 60 percent compared to the previous year’s tournament. So what exactly is esports?

According to NewZoo, a market intelligence specializing in esports industry, esports is defined as:

“Competitive gaming at a professional level and in an organized format (a tournament or league) with a specific goal (i.e., winning a champion title or prize money) and a clear distinction between players and teams that are competing against each other.”

One of its sound merits is no doubt the loyalty of its fanbase. Despite not necessarily for all esports games, but most games have their own audience, best esports players even amass their own legions of fanbase. The network effect of such a community is the winning formula in esports market. According to an analysis done by Newzoo in 2019, between League of Legends, CS:GO, and Overwatch, only 6% of consumers watched esports content from all three games within the previous 12 months. Overall, 71% of viewers watch only one of these franchises. League of Legends and CS:GO have the most loyal audiences, with 29% and 25% watching only that title, respectively. 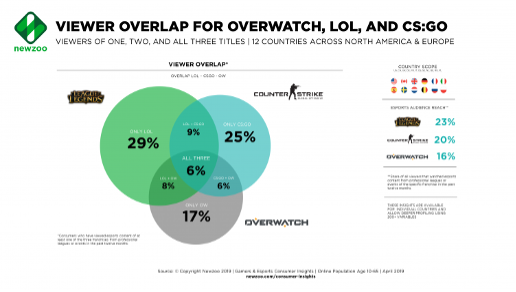 The loyalty of the hyper-social, millennial fanbase of the esports industry has attracted not only an explosion of investments from venture capitalists and private equity firms, global brands such as Mercedes-Benz, Coca-Cola and Intel also saw this powerful branding medium and have all poured funding into this market by carving out sponsorship and partnership deals as an attempt to reach this largely millennial fanbase. These investments are being woven into the fabric of the entire ecosystem, such a multiplier effect has led the esports scene to grow and mature.

Both esports and play-to-earn games have set the foundation of their positions in the playfield. Let us now explore how a convergence of the two may change the scene.

What can happen when they are combined

For play-to-earn games, attracting true gamers has always been the top challenge. There are two reasons to why true gamers are deterred from participating in these games. Firstly, the play-to-earn feature has become a double-edged sword as it allures players who are fundamentally drawn purely by the potential value of the tokens, as opposed to the game itself. This creates an unhealthy player-base where these players will switch as soon as other games offer higher rewards. And when a large portion of players decide to leave and exchange the tokens for other digital currencies, the value of the token collapses. The second reason being that the play-to-earn games lack the most fundamental aspect of game itself – fun. Reviewers say that the missions are repetitive as if doing chores to grind 100 SLP a day. And one may notice that most noises or articles surrounding these play-to-earn games are how one can make a living, rather than how one can have fun, through playing these games.

It is clear that play-to-earn games need to be more entertaining to sustain, the gameplay and graphics of play-to-earn games are still very basic. A merge of play-to-earn games and esports will imply an increasing adoption of token mechanics by AAA gaming studios, leading to a big leap up to the quality of play-to-earn gameplay. What esports can also bring to the play-to-earn game model is the huge social component inclusive of media, pop culture, and commerce. One of the reasons that contributed to Fortnite’s popularity is that: Fortnite is built to be social. Esports and gaming are a highly social activity which people share opinions, talk and engage. So essentially, the problem here is to make “play-to-earn” to become “play-and-earn”.

As for esports, not only very few become good enough to play professionally, a career of a pro gamer is usually rather short-lived compared to a conventional career. Esports is also a “game developers say it all” model, all the in-game skins, characters and items bought are maintained by these corporates. Once a career ends or once you stop playing, gamers walk away with nothing. Play-to-earn model provides an extra level of protection to the gamers, who will be rewarded based on their skills. Having said that, a robust economic model is required to ensure the value of their time spent it not wiped out due to token volatility driven by external manipulation. In addition, with the introduction of game assets and NFT into esports, these game publishers could expand their reach into a whole new market – the cryptocurrency investors. The tokens also provide an easier channel for investors who may have previously found it difficult to navigate within the esports industry.

The unique features of play-to-earn and esports model complement each other. Despite still a long way to go, the start is promising. There are around 3 billion gamers worldwide, and only a small fraction of them is playing blockchain games. With more people getting involved in play-to earn games, it is only a matter of time when play-to-earn becomes too big that gaming studios cannot afford to ignore. Ultimately, as development continues to grow, more investment will be attracted. So we say there is a big opportunity still untapped.